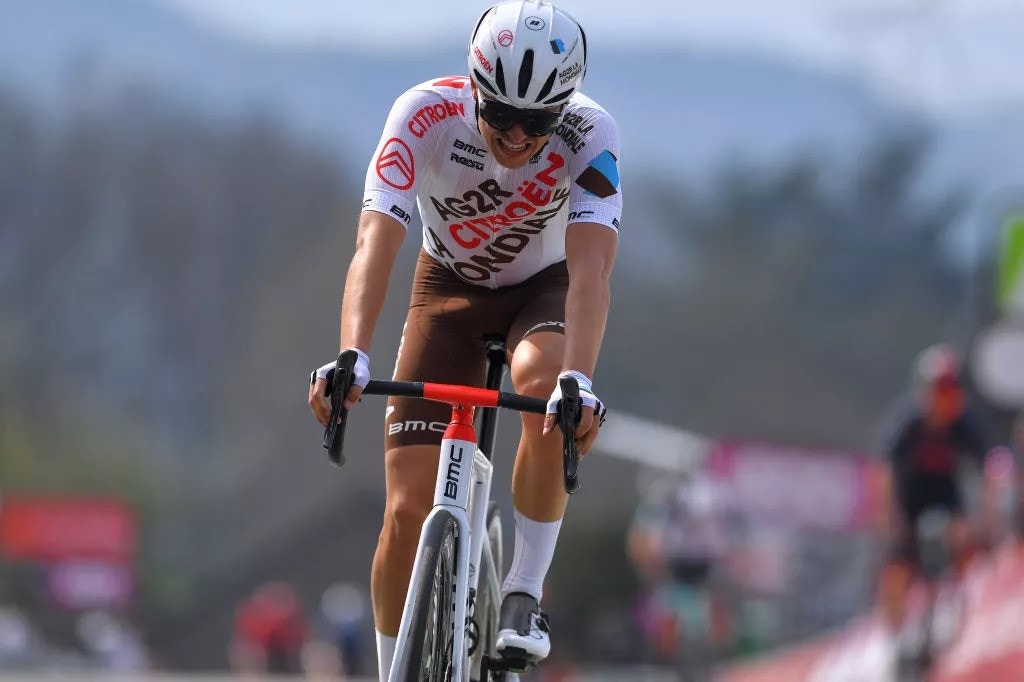 Benoît Cosnefroy (AG2r Citroën Team) wins one of May’s most Classic that takes place around the city of Quimper (195km), ahead of Sean De Bie (Bingoal-Pauwels Sauce-WB) and Rasmus Tiller (Uno-X Pro) with an amazing sprint.

For the 25-year-old French rider of the AG2R Citroën Team, this is the tenth success in his career, the first of the 2021 season. Right from the start, the race was enlivened by several escape attempts, but always blocked by the most organized teams interested in the final success such as the AG2R Citroën Team 202 and Groupama-Fdj. About 10km from the finish line, the group regroups but continues in solitary attempts to leave the group which, on time, checks and catches the fugitives. During the last kilometer a small group

manages to break free and arrive in the sprint where Benoît Cosnefroy, thanks also to team mate Clément Venturini who pulls the sprint, manages to anticipate his opponents by a whisker. Benoît Cosnefroy wears the brand new Northwave Extreme Pro 30th anniversary. A performing cycling shoe that, thanks to its features such as the carbon sole and the SLW3 double dial closure system, allows the cyclist to transfer all the power to the pedals, winning the sprints like the one of the 35th Tour du Finistère.

NORTHWAVE: A TOUR DE FRANCE ALWAYS ON THE FRONT LINE.

A really challenging Tour, without a real ruler and in which the very high level of the individual often prevailed over the Team strength. ...