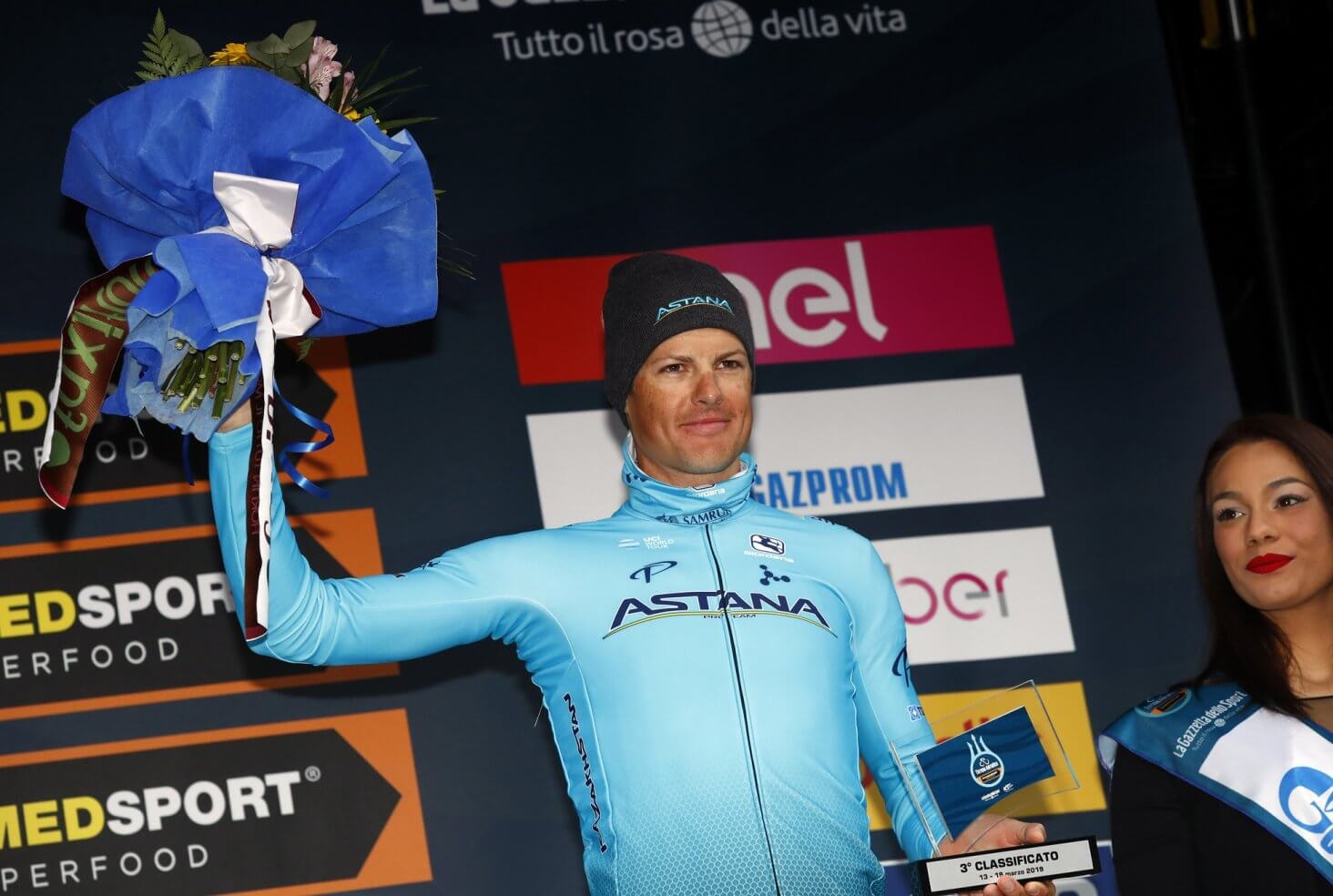 After taking the queen stage in Recanati, Astana Pro Team’s Dane finished overall third at the “Race of the Two Seas” with his Extreme Pro shoes. His teammate Lutsenko, winner in Fossombrone, claimed the KOM classification

Two stage-wins marked by Jakob Fuglsang and Alexey Lutsenko, the third overall place achieved by the 33-year-old Danish rider and the final success in the KOM Classification conquered by the Kazakh National Champion. Astana Pro Team can be satisfied of its final balance at Tirreno-Adriatico. In fact, the loyal allies of the Kazakh World Tour squad, Northwave Extreme Pro shoes, stood out consistently at the front of the peloton in an exciting cycling week, full of unexpected twists and turns.

After the traditional final time trial in San Benedetto del Tronto won by Belgian Victor Campenaerts on Tuesday March 19th, Fuglsang celebrated the overall podium in the “Race of the Two Seas”, in addition to the beautiful win of Sunday March 17th in the queen stage ending in Recanati. The Astana Pro Team rider was preceded in the overall standings by Slovenian Primoz Roglic and Brit Adam Yates.

The 33-year-old Danish rider was not the only Astana’s rider on the spotlights at Tirreno-Adriatico. In fact, Alexey Lutsenko also took advantage by the benefits of the XFrame2® patented technology characterizing Northwave Extreme Pro, grabbing a spectacular success on Saturday March 18th in Fossombrone (in spite of two crashes in view of the finish line) and the KOM Classification.

Now, Lutsenko is ready to lead the Kazakh team at Milano-Sanremo - the first monument classic of the season to be held on Saturday March 23th - together with Dane Magnus Cort Nielsen, in the spotlight with a stage-win at Paris-Nice. 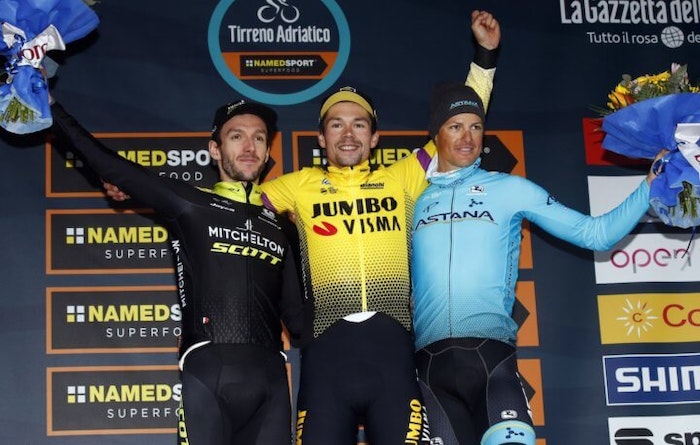