NORTHWAVE BREAKS THE ICE WITH BEVIN AT TOUR DOWN UNDER 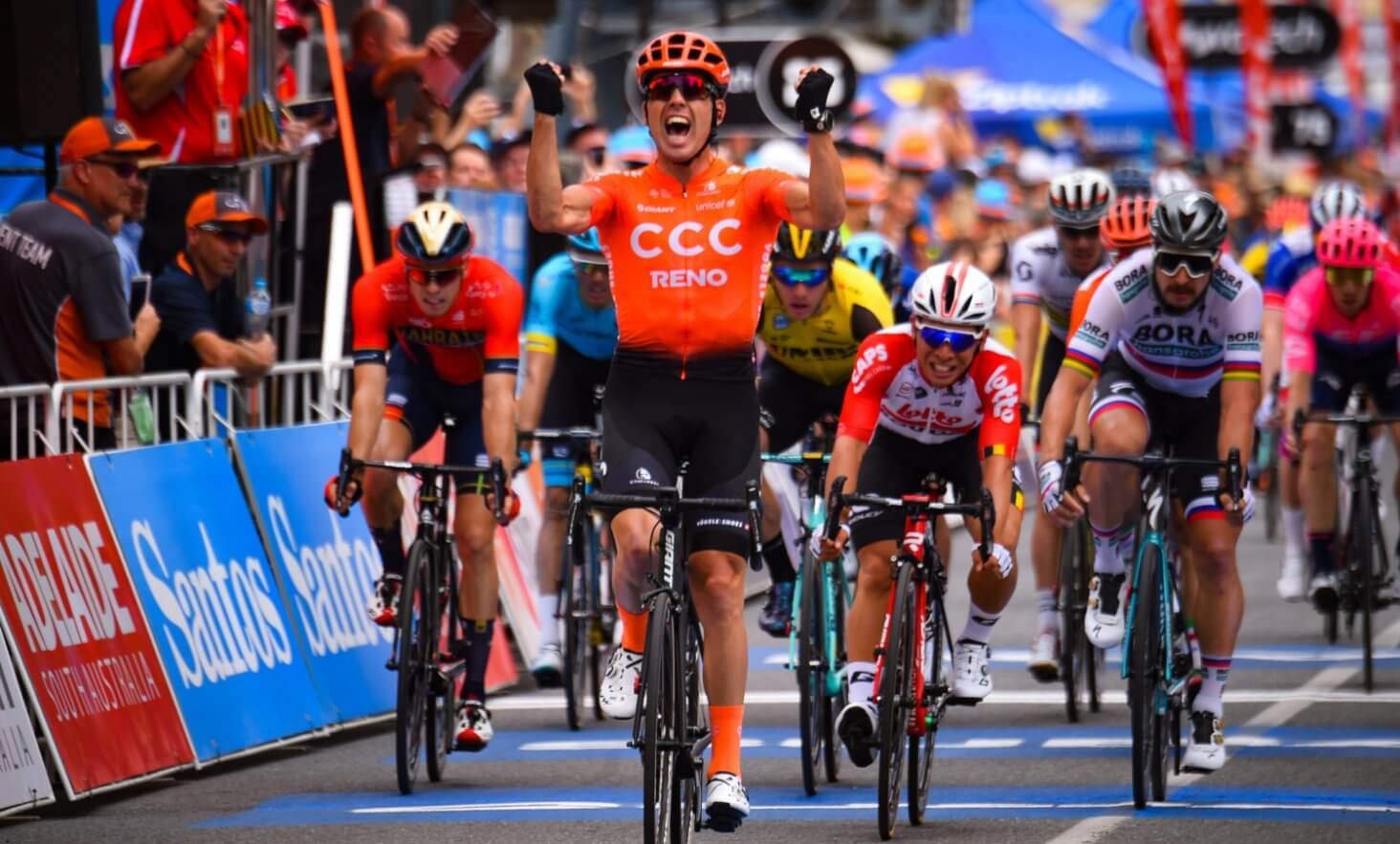 It only took two days of World Tour racing to Northwave and Extreme Pro to break the ice in the 2019 road season. CCC Team’s Patrick Bevin gave Northwave its maiden 2019 road win by claiming Santos Tour Down Under’s stage 2, in Australia, 122,1 Km from Norwood to Angaston, on Wednesday January 16th.

Equipped with Extreme Pro, the new top-range road shoes of the Italian brand, the 27-year-old New Zealander preceded on the finish line Aussie Caleb Ewan and Slovak Peter Sagan, while also moving into the overall leadership in the process.

Bevin needed every bit of his power to see off established sprinting stars, and the Powershape® arch support of his Extreme Pro shoes was his best ally to unleash his best effort on the final drag. Bevin conquered the second seasonal success: in fact, on Friday January 4th, the CCC athlete took the time trial National title.