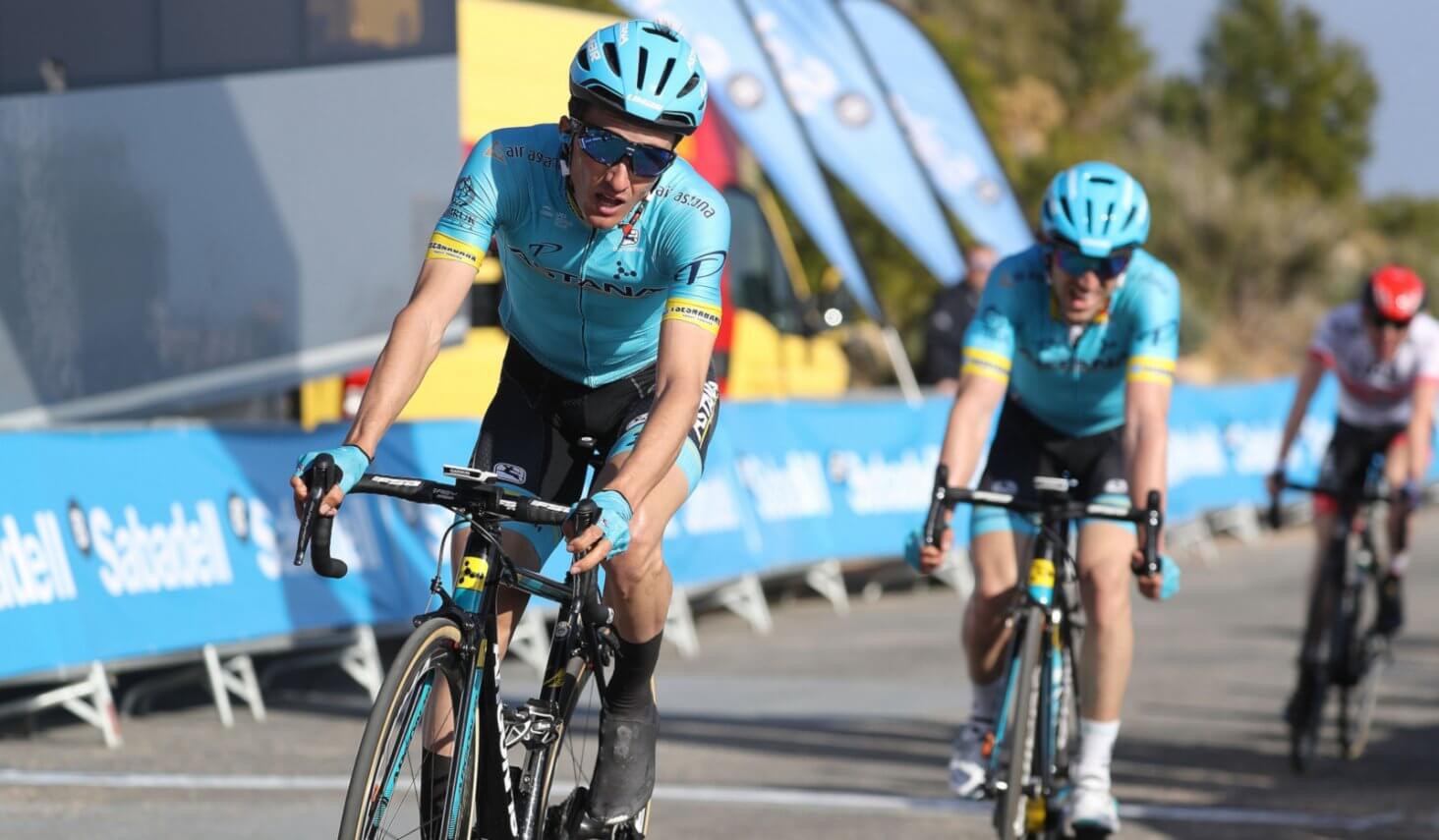 Good news for Northwave from the Volta a la Comunitat Valenciana (Spain). Astana Pro Team’s Pello Bilbao clinched third in the stage 4 of Saturday February 9th - 188 Km from Vila-Real to Alcala-Alcocebre - preceding his teammate Ion Izagirre, fourth on the finish line and new overall leader with only the final stage to go.

With his Northwave Extreme Pro shoes, Bilbao was preceded in the stage classification by Adam Yates and Alejandro Valverde, whilst Izagirre leads in the overall standings with 7 seconds of advantage on the World Champion and Pello Bilbao. In addition, Astana Pro Team maintained the leadership in the Teams Classification.

Tomorrow, on Sunday February 10th, the athletes will face the fifth and final stage of the Spanish race (Paterna - Valencia, 88 Km), suited to the sprinters. In Valencia, Izagirre could grab the first seasonal success in a stage race with his new allies: Northwave Extreme Pro.