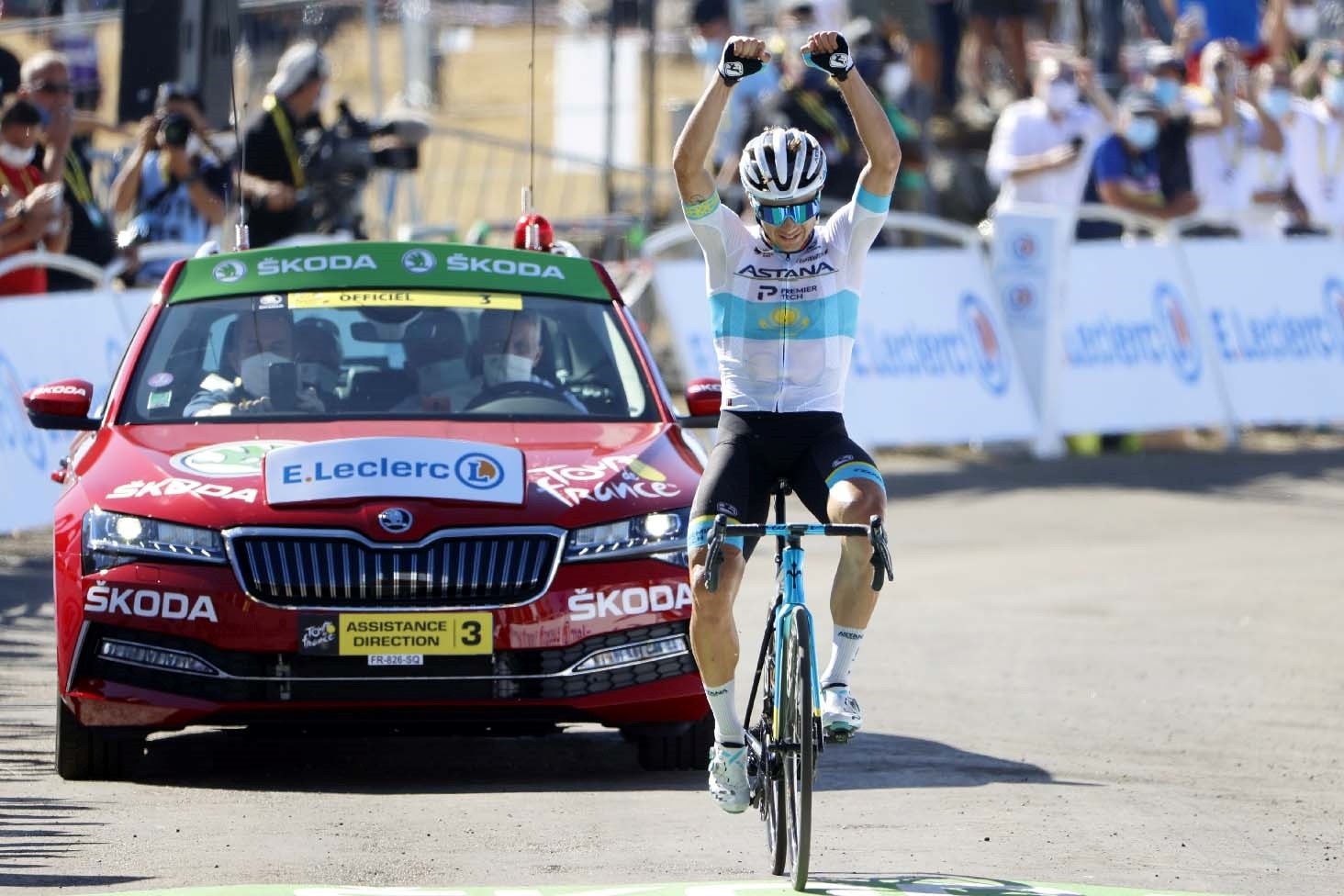 Alexey Lutsenko has been the protagonist since the very first beginning of the 6th stage. A successful escape obtained by immediately finding a strong group of cyclists and leaving beyond the yellow shirt group. Lutsenko waited for the mountains to arrive and with great courage, forced his pace pulling away from all his opponents and winning his first race of the season with over 50 seconds of advantage on Herrada and almost 3 minutes from the yellow jersey group. The 6th stage, starting from Le Teil and arriving at Mont Aigoual, has been dominated by the Kazakh cyclist Alexey Lutsenko, who, with today's performance, obtains the 26th position in the overall ranking, 2'39" behind the yellow jersey Adam Yates. Lutsenko, after a very hard 2019 season, achieved the most important victory of his career. “Coming to the Tour de France I had a goal to fight for a stage win. The Tour de France was one of the biggest goals of this season. I was dreaming about this victory for a long time and now my dream came true! Indeed, I was aiming this stage and in previous days after doing my job for Miguel Angel I was dropping from the group, on purpose losing some time in the general classification, hoping that the GC favorite won’t follow me in a decisive moment. Today, before the stage we discussed our tactics for this day, and with sports directors and our general manager Alexandr Vinokurov we decided that I would try to go in a break since it could have a chance to go until the finish. I felt quite good all day and my legs worked pretty well. It took some time for our group to break away from the peloton, but finally, we succeed. It was a long and hot day, but I was guided really nice through the stage by Alexandr Vinokurov, who was in the car behind me. On the last climb I tried to stay calm and to keep on my own rhythm. And on the hardest part I made my attack. I am so happy with this win, it is a big achievement for me and for our team! Also, it is a great feeling to win in the jersey of the national champion of Kazakhstan! I thank my team for this great opportunity and a special thanks to all our sponsors and our main partner Samruk-Kazyna, who is supporting us so many years!” – said Alexey Lutsenko. The “peloton” with all the big ones, including Miguel Angel Lopez of the Astana Team, ended 2 minutes and 53 seconds behind Alexey Lutsenko.