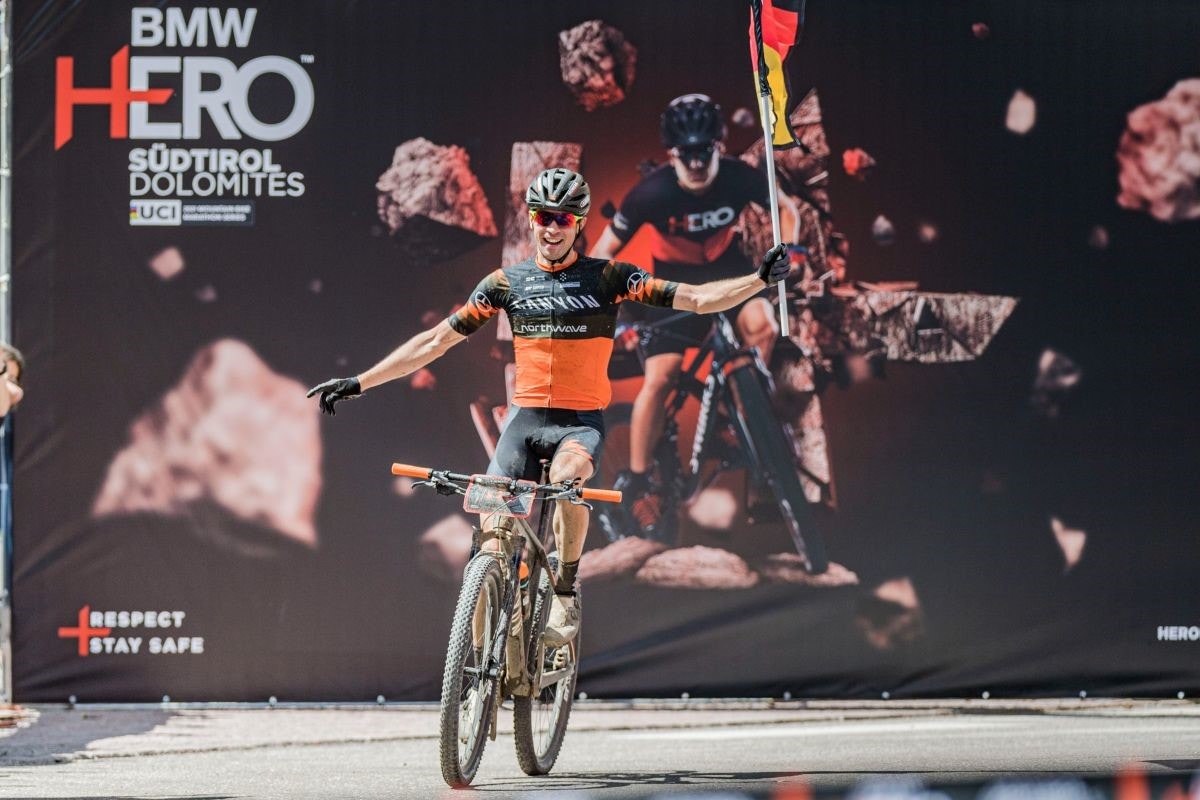 A fantastic weekend for Northwave and its athletes, with the victory of Andreas Seewald at the BMW HERO Südtirol Dolomites and the ones of Loana Lecomte and Mathias Flückiger at the XCO World Cup event.

It is a sunny Saturday morning in the beautiful scenario of Selva di Val Gardena (BZ) when Andreas Seewald (Canyon Northwave MTB Team) wins with the time of 4h26'57” the prestigious BMW HERO Südtirol Dolomites race, ahead of Samuele Porro and the “multi Hero winner”, Leonardo Paez. A very good 6th place also for his teammate Martin Stosek. For the German Seewald - who rides with the Northwave Ghost Pro 30th Anniversary on his feet - the victory was certainly not a “walk through the park”. Andreas starts very fast and at the spilt-time “Dantercepies” he is 29” ahead of Paez; during the next descent and then at the other two intermediates (Campolongo and Pordoi Pass), Seewald is together with Samuele Porro, Leonardo Paez and Arias Cuervo Diego Alfonso who were able to catch up with Andreas and keep his pace. On the last ascent to Passo del Duron, however, Seewald accelerates, leaving the group behind and controlling the race in the last descent, arriving to Selva with his arms raised.

An amazing victory in one of the toughest races of the Marathon world circuit that gives Andreas Seewald the deserved title of “true Hero”! 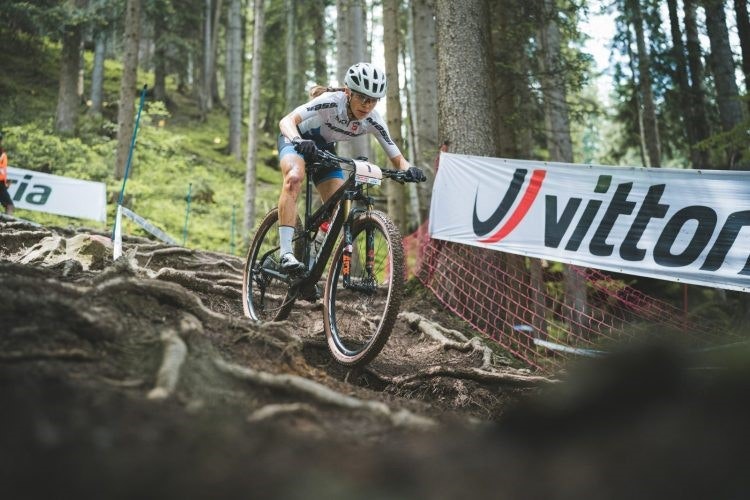 In Leogang, Austria, the "colleagues" of the XCO discipline win both Elite categories. Among the women category, Loana Lecomte (Massi Bikes) wins the third of 3 World Cup stages. An embarrassing dominance over the opponents who seem unable to even react. Already at the first lap Loana passes 25" ahead of the group and at the finishline, the gap raises to 1’48" over the Swedish Rissveds and 2 minutes over the Austrian Laura Stigger. 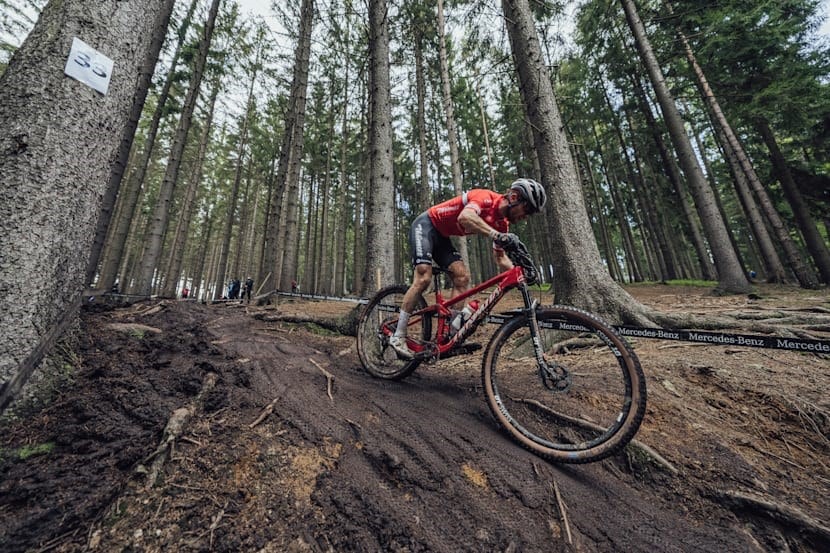 On Sunday afternoon the Elite men race took place, the most awaited one. Some big riders are missing, but Mathias Flückiger starts concentrated and determined to aim the victory that will allow him to reach the top of the World Cup ranking and wear the leader's jersey. The track, similar to last year, is characterised by steep climbs, continuous changes of direction and short and fast downhills. At the start Flückiger immediately takes the lead; with him Cink, Cooper, Hatherly and Cullel. During the third lap, Mathias Flückiger and Cink push the pace and leave the others until the last lap when Flucki pushes again and takes 8” on the Czech Ondrej Cink. At the end of the race, Mathias wins his first 2021 World Cup race after the 2 third places achieved in Albstadt and Nove Mesto. Another excellent performance by the Swiss champion who confirms his excellent shape and who aims directly to become a Tokyo Olympics protagonist. On his feet always and only the Northwave Ghost PRO 30th Anniversary. 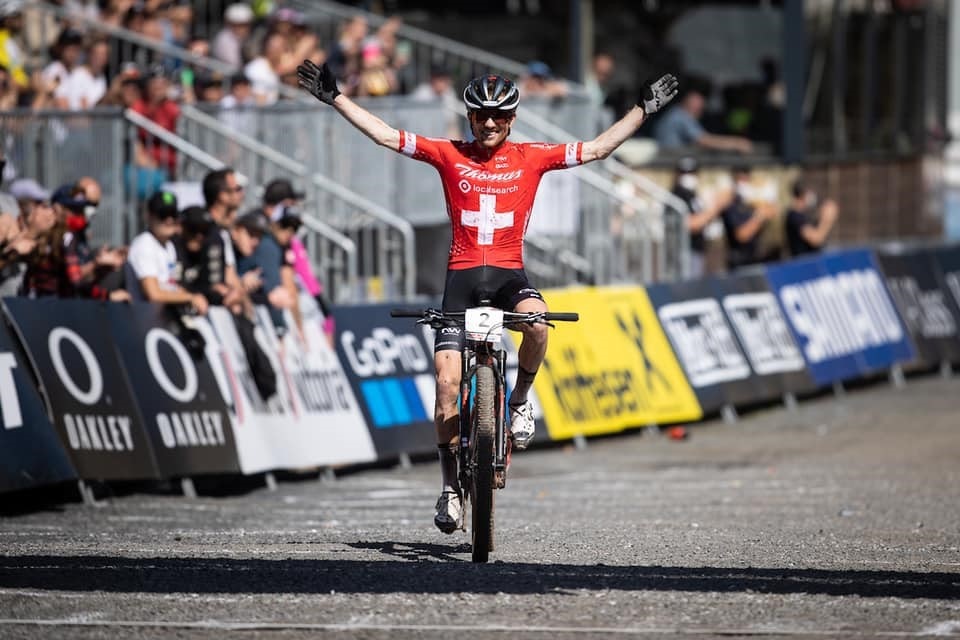