BIKE SHOP NEAR ME Blog
‹ back
Home
Blog
Events
At the "Tour of the Alpes", Northwave and Astana-Premier Tech Team get on the podium with Aleksandr Vlasov 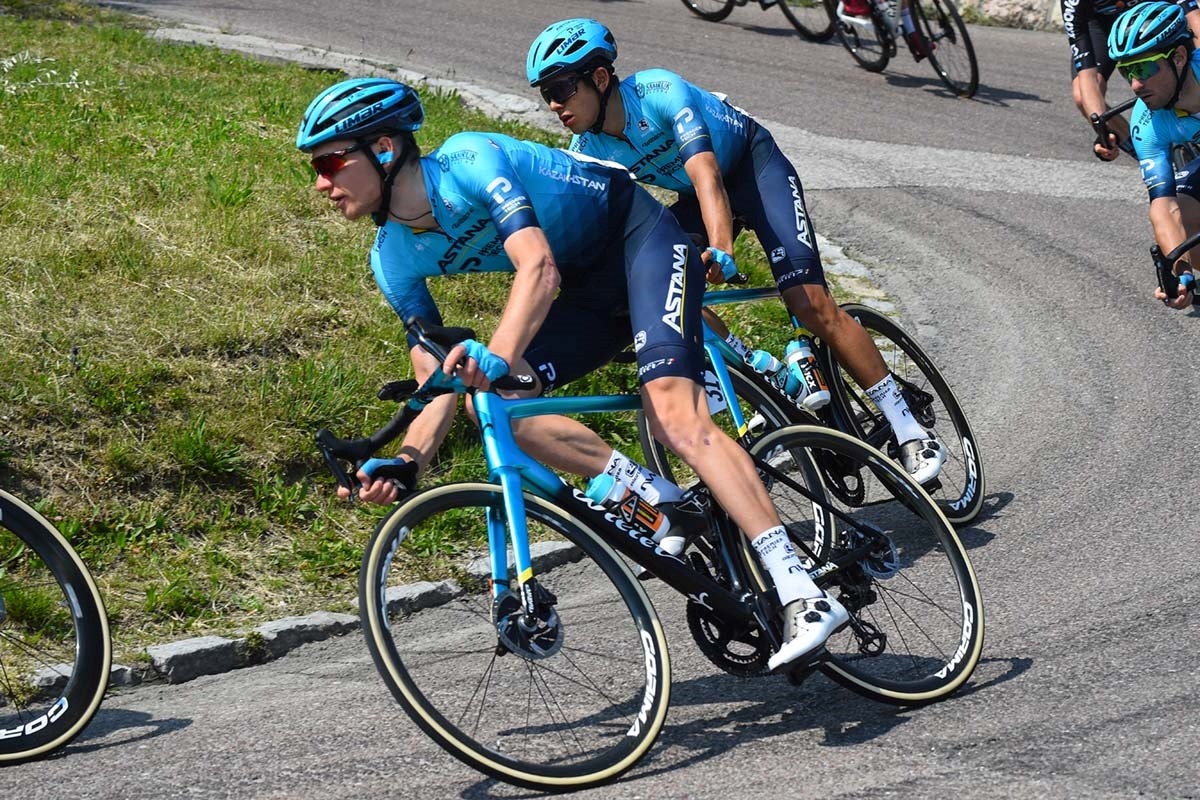 The Russian Vlasov gains a third place in the overall ranking, while Alessandro De Marchi - in an excellent shape - wins the climbers ranking and conquers a second place in the special rank of “intermediate sprint”.

Riva del Garda (TN): The big tours are coming and for the Kazakh team sponsored by NORTHWAVE it is time to "warm up the legs". At the end of the 5 stages of the Tour of the Alpes, the Kazakh Aleksandr Vlaslov conquers a very aimed third step on the podium at 1'06" from the English Simon Yates and 8 seconds from Pello Bilbao. The first stage started in Bressanone crossing the borders and finishing up in Innsbruck with a sprint. The second stage of the race included some tough climbing which immediately made a selection: Yates raises the pace and leaves the group winning with 58" over Vlaslov who, in the third stage from Imst to Naturno, arrived together with Yates. During the fourth and most important stage going from Naturano (BZ) to Valle del Chiese (TN), it was an attack for the final victory. At the finish line Bilbao won, Aleksandr Vlaslov arrived second with Yates who kept the leader jersey and took the final Tour of the Alps ranking.

A very promising test in view of the grand tours season, as well as the excellent tour of Alessandro De Marchi who, with the NORTHWAVE EXTREME PRO “30th anniversary” at his feet, wins the Best climber jersey and gains a second place in the special intermediate sprint jersey.