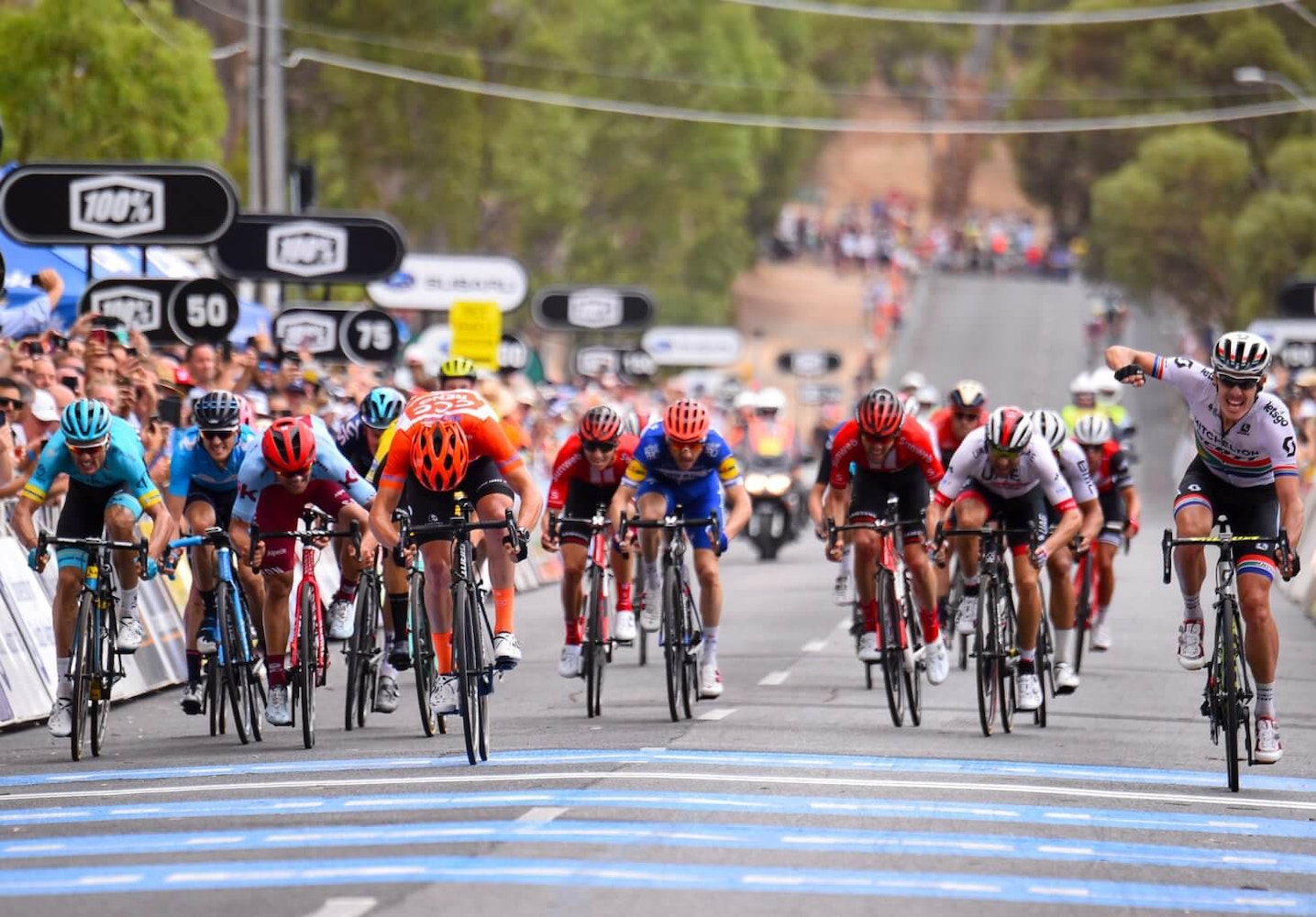 Northwave was in the spotlight again in the 4th stage of the Santos Tour Down Under, UCI World Tour’s opening round. New Zealand’s Patrick Bevin, winner in stage 2, grazed a second success on Friday January 18th, as the CCC Team athlete, equipped by Northwave with Extreme Pro shoes, was a close second in the 129,2 km stage from Unley to Campbelltown, featuring a demanding uphill finale.

Bevin took advantage of his sprinters skills and the characteristics of his Extreme Pro and the Powershape® arch support in the reduced sprint, crossing the finish line just behind winner Daryl Impey. Northwave’s Luis Leon Sanchez (Astana) completed the day’s podium.

The peloton splintered on Corkscrew hill under the accelerations of Richie Porte, Michael Woods, George Bennett and Wout Poels, caught back by the bunch in the following descent. After this outcome, Bevin maintained the overall leadership with 7 seconds on Impey and 11 seconds on Sanchez, with two stages to go. In addition, the New Zealander leads the Points Classification with 48 points, ahead of Peter Sagan (36) and Sanchez (35).