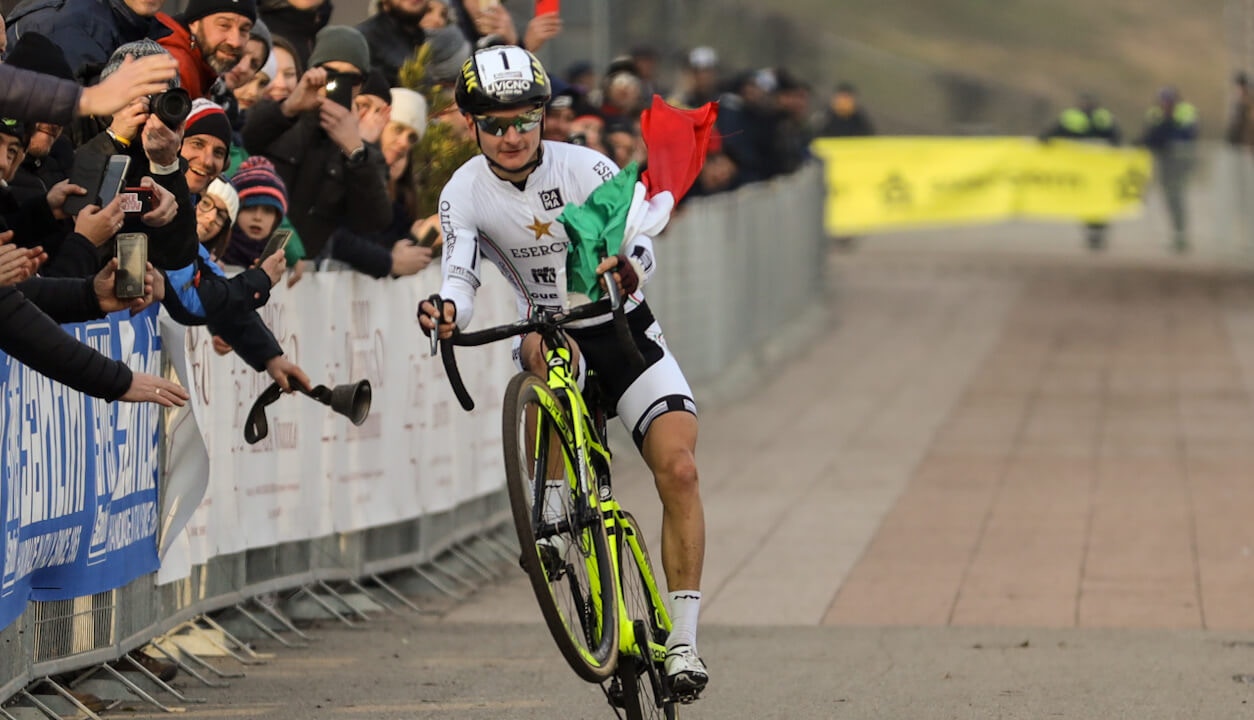 The Italian company claimed four Italian National titles in Milan in the Elite, U23 and Junior categories. Ghost Pro swept the rivals in the Elite races. Dorigoni, Leone and Bramati champions in the U23 Men, JR Men and Cadet Women competitions

The 2019 edition of the Italian Cyclo-cross Championships in Milan turned into a celebration for Northwave. On Sunday, January 13th, the Italian company based in Onigo di Pederobba (Treviso) claimed five titles in the Elite, U23, Juniores and Cadets categories.

Gioele Bertolini and Eva Lechner of Centro Sportivo Esercito, equipped with Northwave’s top range offroad shoe, Ghost Pro, took advantage of the new XFrame 2® concept - the evolution of Northwave’s trademark XFrame® system that succeeded in eliminating pressure points on the upper - to claim a solo win in the Elite races.

“Gio il Bullo” moved on the attack in the second lap, preceding on the finish line Luca Braidot and Daniele Braidot.

Same unfolding and same result in the Women’s Elite race. Eva Lechner took advantage by a hesitation of her main rival Alice Arzuffi to open a short gap. The South Tyrolean rider took her tenth Italian title, ahead of Arzuffi and Chiara Teocchi.

Northwave occupied all the three spots of the podium in the Men’s U23 race, with Jakob Dorigoni (Selle Italia Guerciotti) first, ahead of his teammate Stefano Sala and Antonio Folcarelli (Racing Mountain Folcarelli). Samuele Leone (Team Merida Italia) won in the Junior race, preceding Tommaso Bergagna and Emanuele Huez, whilst Lucia Bramati claimed the title in the Cadet Women category.