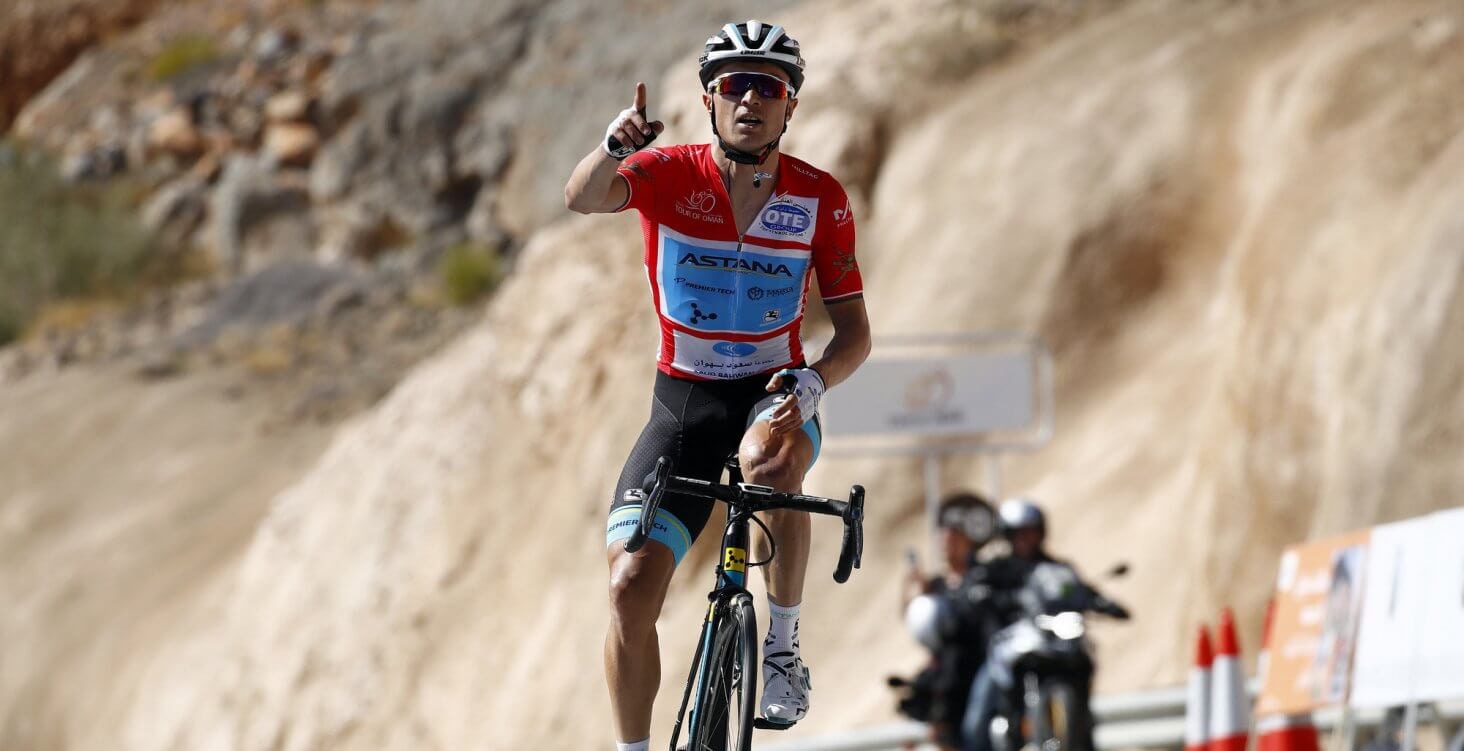 Astana Pro Team’s Kazakh Champion dominated Tour of Oman’s queen stage, moving closer to the overall win. Northwave Extreme Pro shoes contributed to their fourth win in Oman on the Green Mountain (3 for Lutsenko and 1 for Kristoff). Double podium in Vuelta a Andalucia’s stage 1: Jakob Fuglsang was runner-up ahead of Ion Izagirre

Alexey Lutsenko of Astana Pro Team is moving each day closer to a second overall win at the Tour of Oman (after 2018), as the Kazakh National Champion claimed his third stage win in the 2019 edition of the 2.HC stage race with Northwave Extreme Pro - the official race shoes of the whole Astana Pro Team - on Wednesday February 20th.

The Astana rider took the queen stage, the fifth - 152 Km from Samayil to Al Jabal Al Akhdar (Green Mountain) - preceding Frenchman Fabien Grellier and Italian Domenico Pozzovivo, getting closer to the final win. Indeed, Lutsenko leads the overall standings with 44 seconds of advantage on Pozzovivo and 47” on Spain’s Jesus Herrada, with only the final stage to go.

In total, Northwave claimed four wins at 2019 Tour of Oman so far, three with Lutsenko and the opening stage with UAE-Team Emirates’ Norwegian Alexander Kristoff.